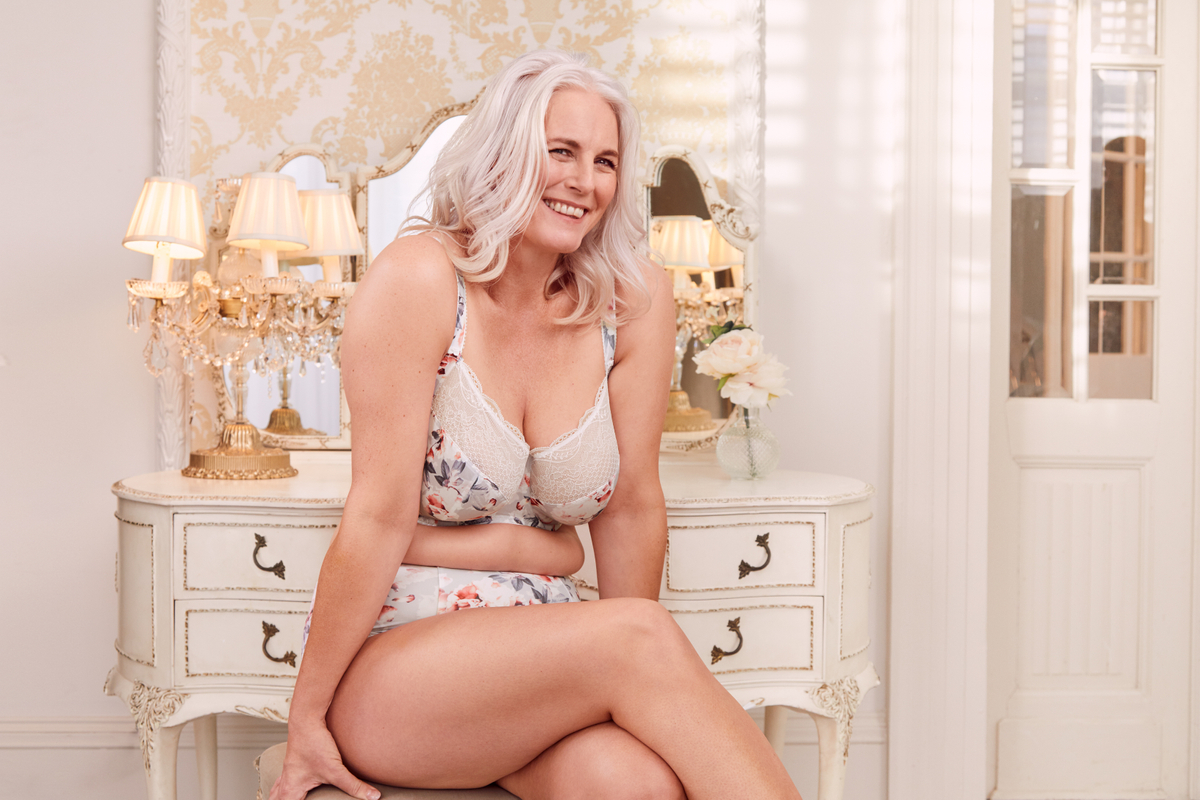 Rachel Peru is unforgettable both in appearance and her personality. Her energy is infectious and makes lasting bonds with everyone she works with.

Rachel has fully embraced her curves and her naturally grey hair. In fact, she has become famous for her silver locks and is flying the flag for misunderstood and misrepresented women everywhere.

She is passionate about showing other women, particularly those in midlife, that they are not invisible in the fashion industry. Rachel broke barriers when she appeared in a ground breaking Swimsuits For All campaign with Ashley Graham, and her career was launched from there. Rachel is pro-active in knocking down ageist stereotypes in the industry and feels that as she approaches her 50’s she is only just getting started.

Proud to be an ambassador for charity ‘Be Real’ she also walked in a catwalk event for them in Trafalgar Square earlier this year as well as walking the “The Real Catwalk” event by Khrystyana.

Adding another string to her bow, Rachel now hosts her own podcast called ‘Out of The Bubble’ which is aimed at women over 40 to help inspire them to celebrate midlife and ageing and its now in its second season.