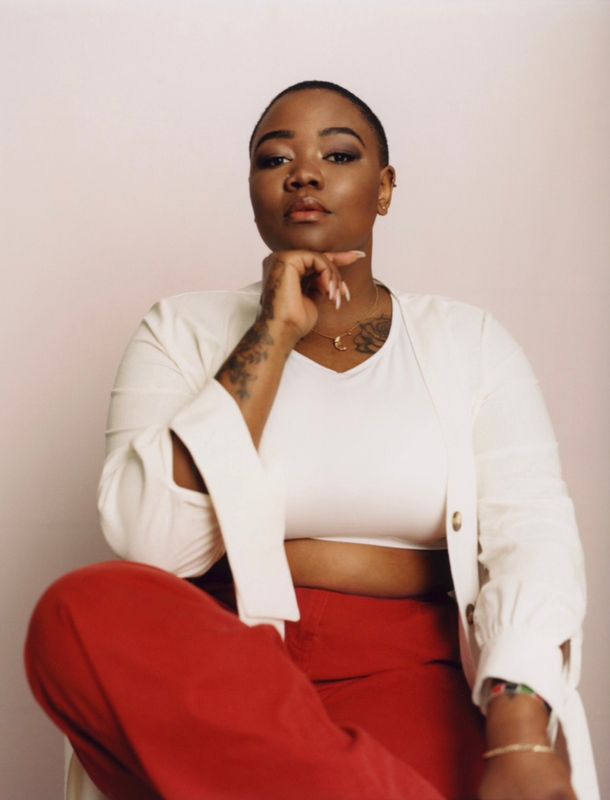 Hamzaa is a London singer and songwriter, known internationally for her music, performance, theatre and dance experience, as well as a rising figure in the modelling and influencer space.

She finds the creative process of song-writing cathartic and takes her fans on an intimate journey through her evolution not only as an artist, but as a woman.

Hamzaa has performed with the likes of Rudimental and has worked alongside some major names in the industry such as Wretch 32. Along with her music career, she has also worked on numerous social and model campaigns with brands such as Simply Be, Little Moons, H&M and more.

Not only passionate about music, Hamzaa uses her social platforms to champion diversity and provides the representation that plus-size women and men have lacked within the fashion industry.

She focuses on giving back to her community by running workshops and Masterclasses for younger and aspiring artists. In her own words ‘giving gives me peace, and I hope to give others some of the knowledge and access to information that I didn’t have.’